On the Tibetan plateau with Mt. Everest far in the background 1985

I first became interested in complementary medicine over 36 years ago when I spent a year making a trip overland through China as part of a journey to Tibet. I had wanted to travel to Tibet for many years for spiritual reasons, and I wanted to travel through China because I was interested Chinese culture. But it was also a necessity at this time because it was the only possible way to reach Tibet. Lhasa airport did not yet exist.

On my travels I had some health issues and tried traditional Chinese medicine treatments. I was never quite sure what they were doing to me or why, as the practitioners didn’t speak English and my Mandarin extended to Tsingtao (beer) and cesuo (toilet). But whatever it was worked marvellously and I became fascinated by the Chinese approach to health, which had managed to survive the cultural and social upheavals of the communist system. As a result I started to become aware of the importance of a holistic approach to health and gained even more than I expected from my trip.

Medical treatments in the street – China 1985

In the West at this time complementary therapies were seen by most people as quite eccentric, or part of a Hippy lifestyle. But when I came back to the UK, influenced by my experiences in China I took my interest in Complementary Medicine much further and radically changed my lifestyle. I give up my job running a night club and became a massage therapist.

Nowadays it may seem strange, but back then we were referred to not as massage therapists but as masseurs and masseuses. Most masseuses worked in massage parlours and as far as the general public was concerned the job description was basically a euphemism for a prostitute, and in fact there actually were far more who were on the game in massage parlours than were actually therapists.

My first job was at The Sanctuary a very lovely ladies only spa in London’s Covent Garden, but most people didn’t take much notice of where you worked because as far as they were concerned you had just told them you were a prostitute. Still, at least in the spa I wasn’t confronted by blokes stripping naked and asking for a ‘Happy Ending’ (and worse), which I did when I started practising in a sports club.

But despite all this masseuse nonsense I carried on and enjoyed my time as a massage therapist and built up my clientele. Ultimately though, I felt for me it wasn’t for me in the long term and after a few years of practising, (but telling men I met at parties I worked as a receptionist) I decided it was time to move on. 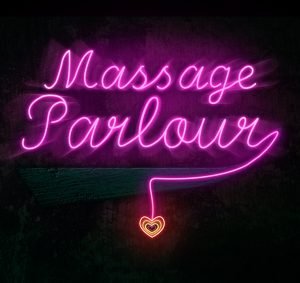 In my massage practice I had noticed that often clients would feel better when I massaged their feet than when I worked on the area of the body they were complaining about, and I became very interested in reflexology. After doing what was then the professional standard of 3 weekends of training and 15 hours of case studies (!) I qualified as a reflexologist. From then onwards I became fascinated by what my teenage son calls manky old feet, and eventually dropped the massage altogether and began working exclusively as a reflexologist.

I still cannot put into words why I find feet so interesting, and probably only my fellow reflexologists would understand my strange obsession with them. In fact as I tell potential clients who are embarrassed about the appearance of their feet, as far as I am concerned, the weirder looking the better. Though I do put it more tactfully than that.

I’m amazed to to realise that I have been working as a reflexologist now for nearly 30 years. Over this time  I have had clinics in a variety of health and sports clubs in London and also had a wonderful time working for a while in Brazil in a private clinic in Rio overlooking Leblon beach.

Not quite as glamorous, but professionally the most interesting place I worked was the Third space Medicine in Soho in their fully integrated medical clinic. Alongside the collection of very unusual complementary therapists which included colonic irrigators, an auto urine therapist, Ayurvedic practitioners and an acupuncturist who was a Satanist in his spare time, there were psychoanalysts and a hypnotherapist who was an ex James Bond Girl as well as a range of orthodox practitioners: GPs and nurses and physios who worked with premiership footballers and the GB Olympic athletics team. We were encouraged to cross reference clients as much as possible and we all worked in harmony sharing the goal of offering the ultimate approach to holistic health care.

Of course Integrated Medicine is the way forward, but unfortunately things tended to hit a wall when those who earned enough to pay for all the cross referenced therapies didn’t have time for the appointments, and those who had the time for all the appointments didn’t have enough money to pay for them. Still, it was a wonderful goal to work towards and a great experiment to be part of, and I’m sure we’ll find a way to make integrated medicine work for everyone one day.

But my favourite clinic ever was at BodyWorksWest in Notting Hill where I worked for 15 years. There were so many completely bonkers members there from the TV, film and music industries that every time I went to work felt like being in an episode of AbFab 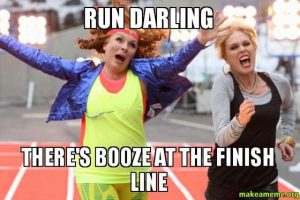 In total contrast, the final clinic I worked at was in the health club of Goldman Sachs Bank in the City of London. Before I started there I was expecting crazed drug fiends, orgies and small person throwing competitions like in the Wolf of Wall Street. I was disappointed to discover that the film didn’t actually portray bankers as such, but stock market traders who are a very different different breed and only constituted a small minority of staff. It was also post the banking crash of 2008 and I was shocked to find Goldman Sachs the essence of sobriety. I also realised that by its nature banking attracts a lot of very reserved people, many in fact on the Aspergers scale.

Still, it provided another experience in the wild varieties and extremes of the human psyche. At one point I had clinics in all the last three places which meant that I could be seeing the taciturn bankers one day, the media types and dodgy geezers of Soho the next, and the show business folks of Notting Hill the following. Working with such a wide range of personalities was great as it really taught me to let go of any remaining prejudices and preconceived notions I had around the human condition. As a therapist all my clients should be happy and well no matter what lifestyle they may choose, or what face they may present to the outside world.

So, over the years I’ve had a great time in my practice meeting people from all walks of life. Because if I find feet fascinating I actually find the characters attached to them even more interesting. I have had many famous clients (but I never tell), and treated more than a few very strange characters. But I suspect that it’s not just me, and being completely honest, maybe alongside the desire to bring wellness, being fascinated by human nature and endlessly curious about our clients behaviour and what makes them tick (you did what??) – whilst being the soul of empathy and discretion of course – is an essential part of being a therapist.

Nowadays my client base comes from a wide variety of backgrounds and a broad range of ages from small children to the elderly, and I often give treatments to the whole family which can throw up some challenging dynamics. However the area of health that I’m really drawn to in my practice is endocrinology. I find this the most obviously holistic of all the systems in the body, and therefore perfectly suited to our therapy. I understand from personal experience just how vulnerable we can be in terms of mental health, and I am particularly enthusiastic about using reflexology to support the mental well being of clients, an increasing challenge in the modern world.

I  now focus entirely on giving mobile treatments to clients in homes, hotels and hospitals. They love this as they can rest in their own surroundings afterwards. And I love it as I’m not restricted to clinic hours, and not stressed about frantic knocks on the door from the next client as I’ve run over the hour slot yet again. I also admit that I do like to see clients’ soft furnishings and interior decor. I could say that this is because it gives me a deeper insight into their emotional state and their home’s feng shui, but if I’m honest I’m also very into interior design and love a nice cushion. 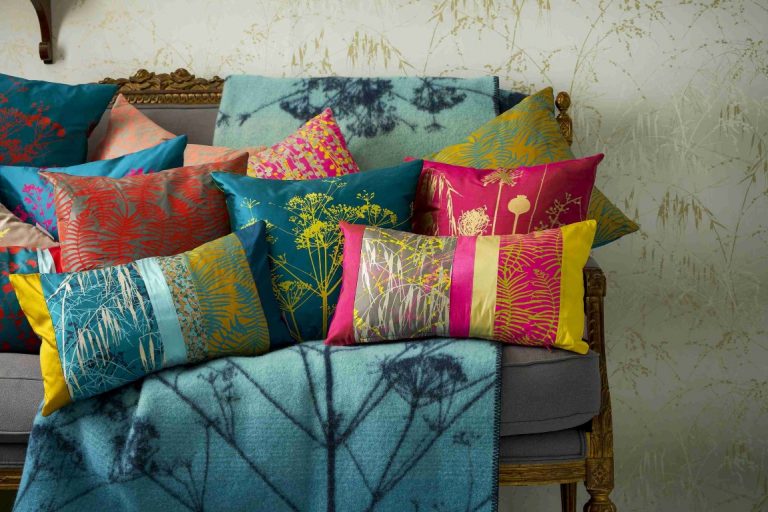 No longer being restricted to clinic times means that I can choose my own hours, so I have time for my passion for the visual side of reflexology and to write this blog. I started studying visual reflexology and foot reading in earnest in 2014 and a year later began running short visual reflexology workshops just out of curiosity and for fun. But these have grown in length and popularity and I now run them throughout all of the UK and Ireland. For upcoming workshop dates

A few years ago I also started a visual reflexology study page on Facebook which I expected to interest around 50 people but it now has over 4000 members and growing. All reflexologists and reflexology students are welcome to join the group.